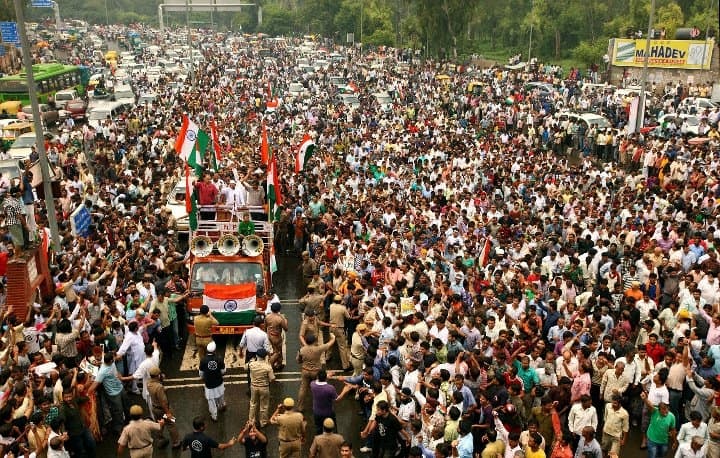 It’s surprising to see the number of protests in history that were initiated with peaceful propositions at the start and turned pretty violent as they headed close to their ends. Often times, peaceful protesters get rowdy and start havoc because of being treated unjustly by police and other opposing forces. Sometimes protests are even opposed with simply more protests carried out by opposition groups, parties and political groups in the most recent cases. Protests are basically people’s way of demonstrating against something/ someone that isn’t up to their expectations or up to the potential of what reality should have been like for particular issues. Protesters demand change, and immediate change for that matter and perhaps that is the very reason they do not hesitate to cross any extent that reality has to offer in order to get their expectations compromised, if not met completely.

There have been many big and bloody protests in history with colossal mass involvement which have certainly pole-shifted our lives from what it used to be and changed our ideas about life as we know it today. Some of the historical protests are being carried out as we speak, hence here we have ten of the biggest protests that man-kind has ever seen.

The 2011 Indian anti-corruption movement intended to set up a strong legislation and empowerment against the endemic political situation of corruption in India. The movement was a pile of protests and demonstrations that swept India almost over-night. According to Time Magazine the anti-corruption movement in India was among the Top Ten News stories of 2011. The movement was led by many influential leaders among which Hazare & Baba Ramdev supporters stood out the most. There were many group protests all over the country but the most significant protests were carried out in the Ramila Maidan in India for almost a period of 40 days. Over a 100 million protesters were directly linked with the ‘’Bharat Swabhiman Andolan’’. The protest was well facilitated with basic requirements for the protesters like medical facilities, drinking water, toilets and also a media center. 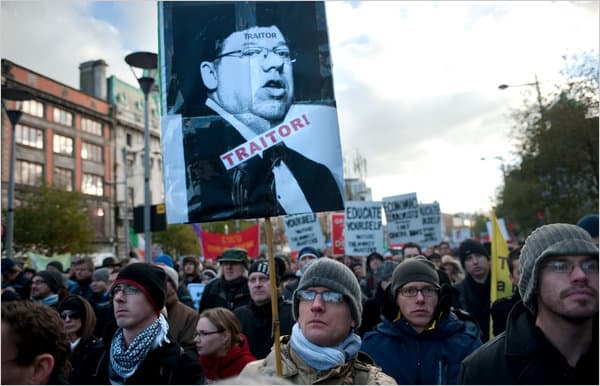 This is one of the on-going series of protests, occupations, and demonstrations taking place all over the Republic of Ireland. The movement started in the year 2008, when Ireland officially declared it had gone into recession, and the budget being ‘’the toughest in many years’’ as labeled by the Irish government included many controversial measures such as a proposed income levy which was eventually restructured. After this many people started losing their jobs and before anyone saw it coming, millions of people were out in the street demonstrating against the system; from students, factory workers to taxi drivers all of them were upset about having to give their jobs up and demanding the system to change to a better and more facilitative one. 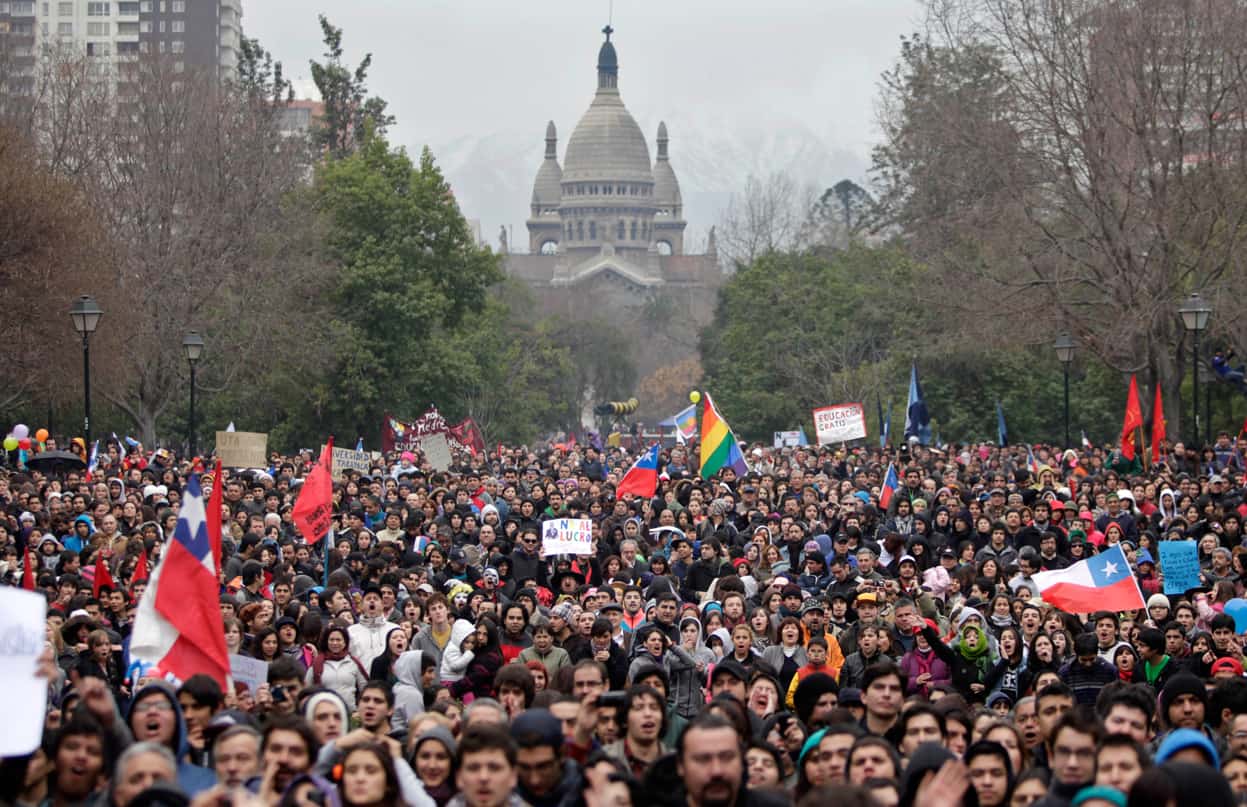 Widely known as the Chilean Winter, referring in particular the massive protests that were carried out in August in the year 2011 or also the Chilean Education Conflict as it was labeled in Chilean media were basically a series of student-led demonstrations across Chile. The protesters being the students mostly are in demand of a new framework for education in the country that provided more direct state participation in secondary education and an end to the existing profit-motive in higher education. Most of the universities in Chile are private and only a 45% of high school students study in traditional public schools. Even though the number of university students has increased significantly there hasn’t however been any significant improvement or either establishment of new public universities since the Chilean transition to democracy in 1990.

This is also an on-going student protest movement taking place all over Colombia. The protest, like the Chilean protests; is a series of demonstrations against the education system in Colombia. The protest began as a direct reaction against the planned reform on the country’s education system. Due to the protests the planned reform was withdrawn from the parliament on the 16th of November, 2011; something student leaders called a victory for the movement. A protest carried out on the 24th of November, 2011 was announced the first bi-national protest for education in history, according to the Chilean Magazine ‘The Clinic’ as students from both the countries had in common South America and right-winged presidents. 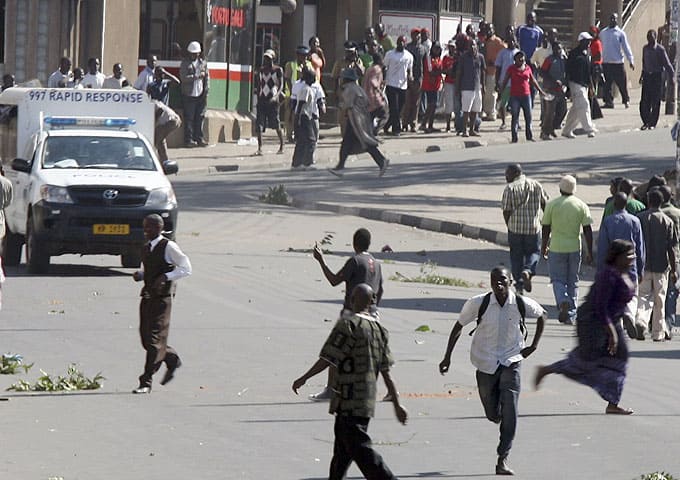 The Malawi Protests started with a proposition of winning the political and economic reforms or concessions from the government of Malawi. In the month of July, Malawian organizations protested against the poor economic management and the carefree governance by the President Bingu wa Mutharika and his Democratic Progressive Party. After just two days of protests, more than 100 casualties and around 300 arrests were reported. More demonstrations were carried out in the month of August and September and even due to the intervention of the UN representative, the protests broke through Red Wednesday through a national vigil.

5. Protest against the War in Afghanistan (2001-present) 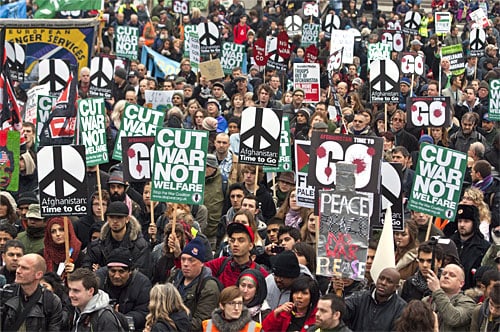 This is perhaps one of the longest protests in history that has ran over a decade already and still persists with more and more countries coming into the picture. The first-major protests date back to the initial days of the official launch of the war in October, 2001. The War in Afghanistan has given way to many large protests around the world in countries like Australia, Canada, France, Spain, United Kingdom and the United States. The war, as we all know, led by the United States has yet resulted in 140,000 foreign military troops being sent to war, billions of dollars being used to fuel the war and has reported a number of 31,000 people being killed by the war, along with approx. 3000 foreign troops.

The Arab Spring is a list of on-going protests and all kinds of revolts both violent, non-violent riots, civil wars taking place all over the Arab World against their respective governments and existing economic, political, social and educational systems. As of yet, respective rulers from Tunisia, Egypt (twice), Libya and Yemen have been forced from power. Civil uprisings and major protests have shaken the governments in countries like Bahrain, Syria, Algeria, Iraq, Jordan, Kuwait, Morocco and Sudan. Countries like Mauritania, Oman and Saudi Arabia are catching up with the revolutionary wave of protests and demonstrations. Many observers have compared the Arab Spring movements with the Revolution of 1989, also known as the ‘Autumn of Nations’ that swept through the Eastern Europe and the Second World, in terms of scale and their significance.

A series of protests and demonstrations against the freedom of the press, freedom of expression, freedom of assembly, and the government’s encroachment on Turkey’s secularism that started on May, 2013, initially sparked to detest the urban development plan for Istanbul’s Taksim Gezi Park. The protests were ignited by brutal outrage due to the eviction of a sit-in at the park protesting the plan. The protests with no centralized leadership and with only small groups organizing environmental protests across the country; the movement has been compared to the Arab Spring, the Occupy movement and the Revolutions of 1989 and May 1968 by many key observers. However, on 6th June, PM Erdoğan seemingly not buzzed even due to all the protests said that the developments plans would go ahead despite the protests and he also announced he will not be sorry for the excessive police violence on the protesters after the announcement. According to the Turkish media, rather than violent and forceful means, humor and internet technology has been the primary weapon for the protesters. 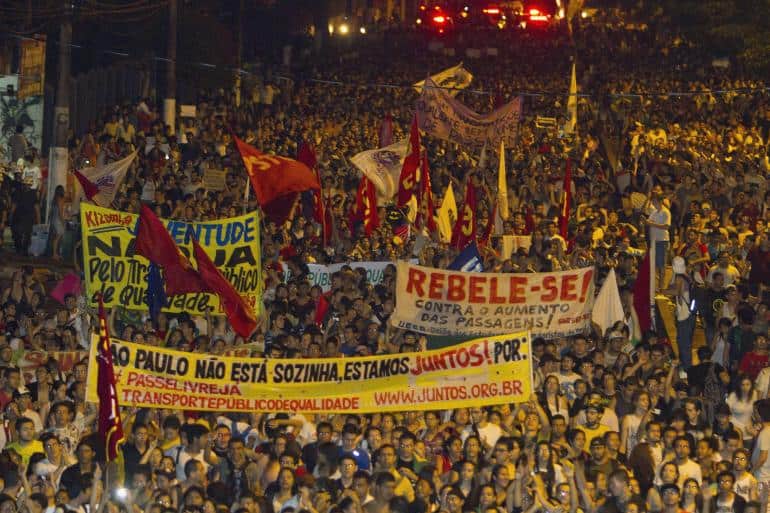 Mainly initiated by the Movemento Pasee Livre (Free Fare Movement), a local organization advocating for free public transportation, 2013 protests in Brazil are a series of on-going public demonstrations in several Brazilian cities. Also known as the V for Vinegar Movement or Salad Revolt, the Brazilian Spring demonstrations were started to protest against the increases in bus, train and metro ticket prices in many Brazilian cities, but however it grew to include other issues such as police brutality and by mid June, 2013 it had been the largest movement Brazil had seen since the 1992 protests against then-President Fernando Collor de Mello.

A world-wide demonstration against the so called 1% and global social and economic inequality, the Occupy movement is an international protest movement aiming to make the economical and political relations in all societies less vertically hierarchical and more flatly distributed. Different groups all over the world have different foci on the protests, but among them it’s primary concerns being about the belief about large corporations and global financial system controlling the world in a way that kept the poor poorer and the rich richer with every passing moment. The protest started with slogans like, ‘’We are the 99%,’’ and what started as a protest against the Western economic distributions grew up to be a world- wide revolution against the minutely controlled economic system of the world that is believed to be favoring the top 1% and leaving the rest 99% to suffer compromise.

FINAL CONCLUSION: Most of the protests we have seen in the list are not from long ago or from the worn pages history books. They happened right in front of our eyes as we carried on with our normal lives. The normalcy of our day-to-day commute may have kept us ignorant about the wind that is changing tides around the world. A significantly common attribute among all the protests we have discussed seems to be ‘’social media and networking’’. Yes, the social networking advancement in the world has certainly helped the protesters all over the world to keep in touch with each and everything that happens around them and support each other in the objective of achieving the same unified goal of a bigger, better and a brighter future in all aspects of our lives for all of human-kind.

Nikhil is musician by choice, writer by profession. Currently, studying Bachelors in Hospitality.

1 thought on “Top 10 Biggest Protests of all times”

Please follow this link to find out why we love what we do....About us